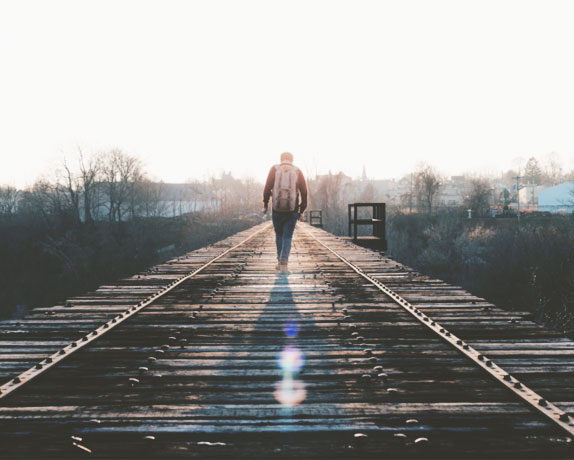 By now, a lot of articles, books and textbooks have already been written about personal finance. And you have very good speakers out there sharing and teaching people how to handle and shore up their finances.

Filipinos are indeed luckier today for the ample supply of literature and people aforementioned, they have better access to these resources to become better financially… if not wealthier.

But for this one, I want to take a break from the usual. Let’s put a bit of a breather from the market, asset allocation, expenses, income, debt, assets, and-what-have-you.

I want to take about personal finance… personally.

For now, I am taking off my RFP® hat and would just be a plain person with you, candidly and openly. Like one of your seatmates in school or a commuter you ride the jam-packed MRT with.

Imagine me as the yuppie eating across the table in the food court, or the dad buying his baby’s diapers, or the son worrying about his father’s health and hospital bills. Or I could be the investor whose money is caught in the middle of a down market, or the friend worrying about his credit card bills.

For now, I am one of those people. Of which, I really am.

How life was for me

I grew up in a middle-income household. My mom is a government worker, and my dad an OFW. We rented an apartment (and moved on later to a low-cost housing subdivision), had no car, and just had to make do with commuting. Not everything was given to me, growing up.

It was not lacking, though, and extravagance is just a new TV or stereo set. Life was just… simple.

On my first years, toys were given to me, but it seemed to stopped there; afterwhich I would have to contend with mom’s “Next time” remark which, of course never arrived.

I had lots of playmates back then so I never did mind. Playing hide-and-seek on summer nights or cops-and-robbers is such a blessing for parents. Life was just… simple. And filled with challenges at times.

At times we would have our phone lines or electricity temporarily cut because we were not able to pay. And at times I would see mom concerned on how to pay my tuition fee, and promissory notes became a vocabulary.

At another time, few years back, my dad was diagnosed with gall bladder stones. It was supposed to be a simple operation, but complications set-in. He was in ICU for a week, barely alive (I learned that he has no insurance whatsoever).

Whatever savings our family has, is being used for the hospital bill. Dad’s brothers, sisters and relatives were quick to give help—financial, spiritual and moral.

My first time to invest

There was also one time when I started investing. Oh, it was such a great time, being in the bull market of 2006-2007. Returns on my investments were astonishing. I was able to afford to go on an international trip (my first plane ride and my first out-of-the-country trip, all at the age of 26); I was able to pitch-in buying household appliances; and buy my own laptop.

Almost all of my money was in a stock fund, then. It was not a sound financial strategy. Because recession came.

Imagine, almost all of my savings, in a stock fund, in a recession! The catch is, I have a wedding preparing for during that time. And my wedding money was there!

I did not realize any losses then and just waited for the market to recover. Good thing that my wedding was set at December 2009—the market has gone up by then, erasing my losses and still giving decent gains.

It was such a financial mess, a mess that was quickly resolved by consolidating all my assets and paying-off all outstanding debt.

Now that I am married and have a growing baby, the challenge is still up. Now it is not just me, but my baby and my wife on the same boat. Budgeting and inflation has become more real.

When you’re single, they’re as real as your pet dog that wags its tail around and licks you; now that you’re married, it bites you. Rising gas prices, diapers, groceries, buying your wife gifts even though you give all of your salary to her… that’s tough.

But through it all, I never felt lack. Or need. It’s just how life is. I think my experiences have been there for a reason, so that I’ve learned personal finance, first-hand.

I have realized the value of insurance and the importance of savings with my dad’s near-death condition. And I have learned the value of asset allocation with my gung-ho investments during the bite of recession (diversify, hedge against volatilities).

I experienced cash flow management during marriage; and I learned that a simple family with a civil servant and OFW parents can successfully provide for their family and still have extra for others as well.

Through it all, I have looked at the eyes of financial challenges — and I’m still looking at it now, though with hope in my heart and smile in my face.

It is about real life, the drama, the people, their struggles, their hopes, dreams and aspirations to make a better future for themselves and their loved ones. Money, after all, is just a means towards an end.

And everytime I see a person struggling over finances, fussing over an investment, or dreaming for his or her family’s future, I see my father, my mom, my wife, my baby… myself.

I’ve been and, in some respects, still am there. And that is the reason I want to help them.

—
About the author
Rienzie Biolena, RFP® is one of the pioneering Registered Financial Planners in the Philippines. Apart from this profession, he is also a writer, speaker, and trainer on financial literacy. He is currently the CEO of Wealth Arki, Inc.

This site uses Akismet to reduce spam. Learn how your comment data is processed.